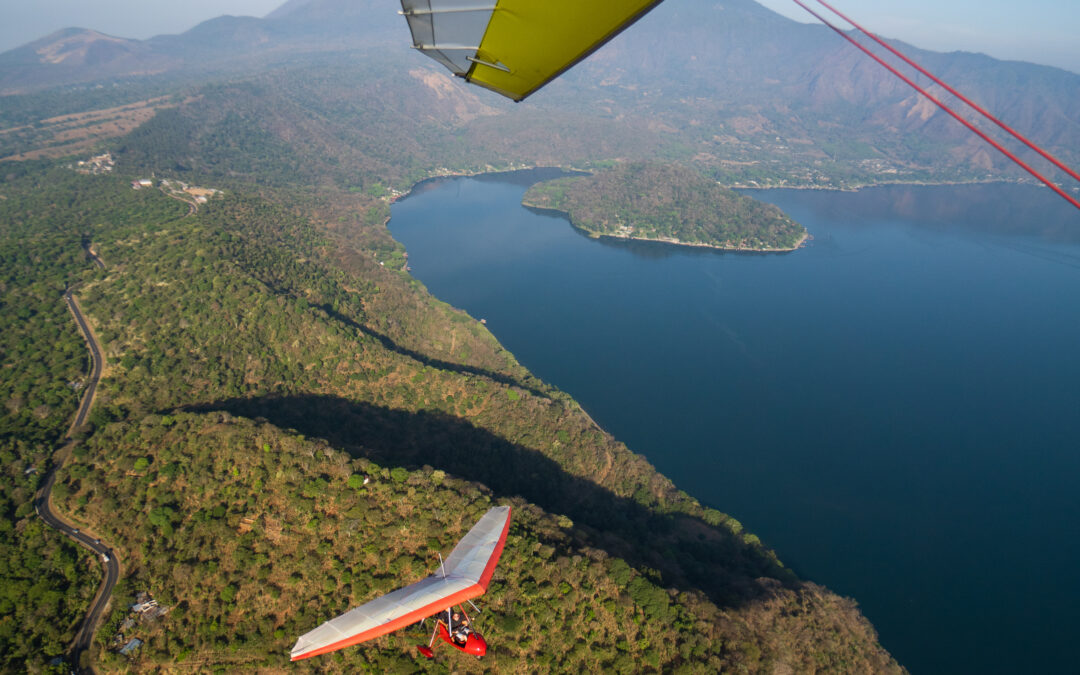 One of the tours offered by Michanti Hotel is the Ultralight Tour in El Salvador. When we were given the possibility of doing this tour in the surroundings of the mountain of San Salvador, together with the filmmaker Theo Queene, without hesitation, we said yes.

For a surfer, thinking of taking a tour that has nothing to do with finding waves on a surf trip to El Salvador – a country with so much quality and quantity of breaks -it is practically unthinkable. Unless this tour is to fly over the natural attractions that surround the city in an ultralight aircraft and that the realization of this fits just right for a day of small waves. That is precisely what happened, and the experience was incredible.

The tour lasted one morning, and it is required to start at dawn. At 5 am we were in the vehicle provided by the hotel for a one-hour drive to Vivero Casa Verde (flower nursery), in the Zapotitán Valley, where the air strip is located. 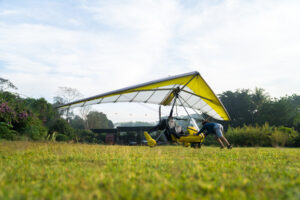 The nursery covers an area of ​​about 11 blocks and has a grass takeoff and landing strip that is amazing. In addition, the plant smell of the nursery located at one side of the field gives a special atmosphere to the place. Pablo and Diego, the pilots of the ultralight aircrafts, were there doing the last checks to start the flight on these “flying motorcycles”.

The takeoff was extremely smooth and immediately a single idea came to my mind: it was the first time that I was riding a bicycle that also flies. A kind of superpower; the possibility of flying low, being exposed to the wind in the sky that hits the body intensely, the nervousness of the unknown. In short terms, the closest thing to flying like a bird.

In addition, we must add the adrenaline generated by the maneuvers of Pablo and Diego, who can perform spiral descents, curves at complex angles and some free falls. All in all the tour is an unforgettable experience. 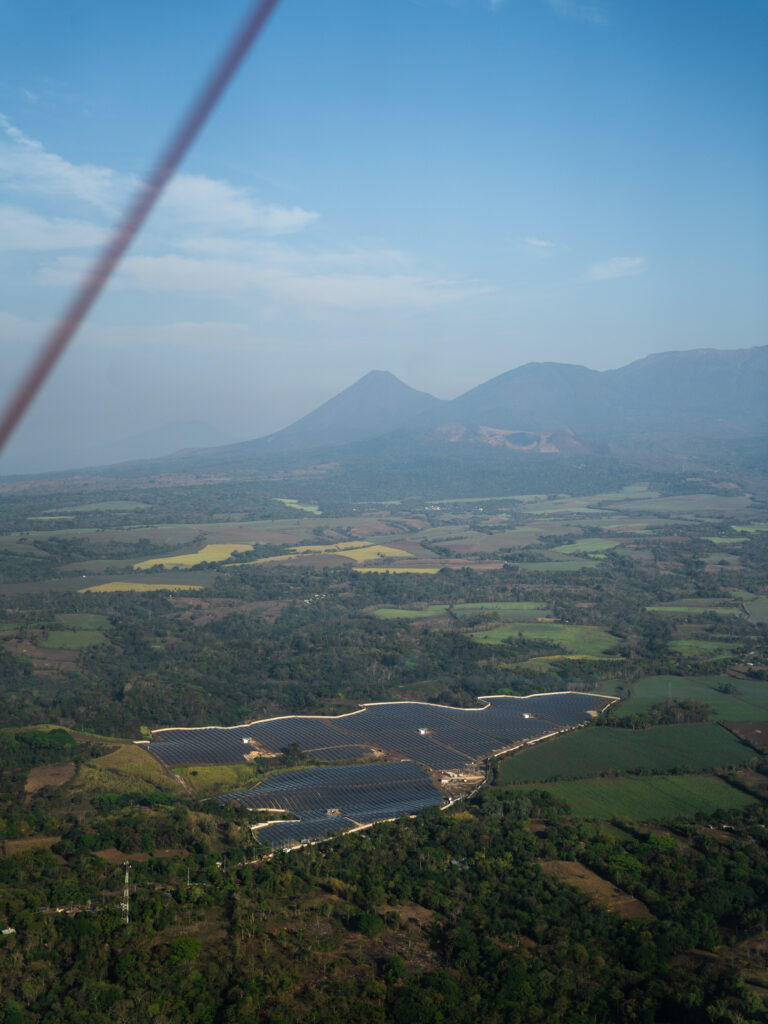 We began to fly over the city towards Los Volcanes National Park where there is an active volcano, an inactive one and a third which is extinct: the Santa Ana or Ilamatepec Volcano, the Izalco Volcano and the Cerro Verde respectively. We fly over this area admiring the peaks from a distance. 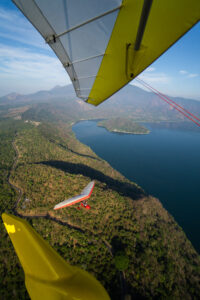 Flying over Lake Coatepeque was impressive, especially for its vast beauty. The lake has volcanic origin and is located 18 km south of the city of Santa Ana. It has an altitude of 745 meters above sea level, and is tucked inside a hill, therefore we had to raise the ultralight to see it. In addition, it has an area of ​​25.3 km2 and has several houses that surround it. The blue color of the water and the mirror effect it generates is insane! 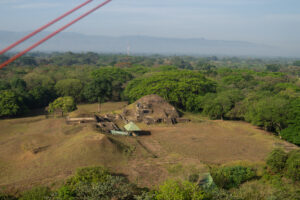 Personally, flying over the San Andrés archaeological site is the best part of the tour. These ruins are Mayan, pre-hispanic (dating from around 900 BC) and are located in the Zapotitán Valley. They are surrounded by a forest that makes it difficult to access from the outside and are currently closed to the public, so seeing them from above is a gift. 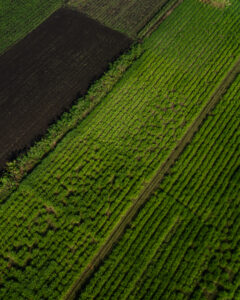 Immediately after the ruins we found wheat grassland fields, where the pilots flew low overhead. It was the lowest part of the flight and ended up leaving that area through a section between the trees. The images speak for itself.

After almost an hour of flight the nerves were gone. I managed to feel like a bird, and I had fulfilled my dream of riding a flying motorcycle. The adventure was already coming to an end too soon. 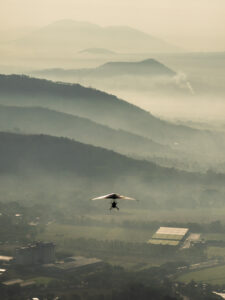 If the takeoff was smooth, the landing was softer than a pillow. “The grass airstrip must have done its part” I thought. Sure, without detracting from the tremendous skill of the pilots flying these toys.

Just words of gratitude for Pablo and Diego, who generated the confidence and feeling of security that makes the tour an experience to repeat without any doubt.

I leave you an invite to try the ultralight tour in El Salvador with Hotel Michanti, an experience that you will never forget.